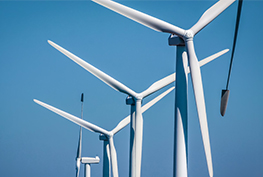 What is, and what is not, a PPS lease is defined within section 13 of the Personal Property Securities Act 2009 (Cth) (“PPSA”). The consequence of the Forge Group Power Pty Ltd (In Liquidation) (Receivers and Managers Appointed) v General Electric International Inc [2016] NSWSC 52 (“Forge”) decision is that the Court has provided direction on how to determine whether a lease is not a PPS lease under section 13(2) and what the court will take into account when determining a fixture.

The key facts of Forge are that:

Issues before the court

Firstly, that GE was not regularly engaged in the business of leasing goods, and hence the Agreement was not a PPS lease, section 13(2)(a).

Secondly, the turbines had become fixtures and were therefore not to be considered as personal property within the meaning of the PPSA.

It is interesting to note the strangeness of the second argument, because in the event that GE was successful in establishing that the turbines were fixtures, it would likely lose legal title of them as they may then form part of the real property and title could vest with the landowner.

GE first argument failed, as the Court held that it did not regularly engage in the business of leasing goods within Australia and as such, the Agreement was excluded from the reaches of the PPSA.

The court provided the following elements of this exception:

Determining when goods are fixtures and not subject to the PPSA

The Court held that “affixed to land” in the definition of “fixtures” in section 10 of the PPSA was to be interpreted using the common law concepts of goods or items which are affixed.

The Court approached the issue of the turbines being fixtures by giving consideration to objective intention of the parties.  In doing so the Court took into account, amongst others, the following relevant factors:

Although the decision in Forge came as no surprise to many, it provides a clear reminder to ensure that your documentation is up to date and aligns with the provisions of the PPSA. Otherwise, the alternative of failing to register your security interest can have catastrophic monetary consequences.